Most Attractive Places for Dhaka Tourism and Information are below

Welcome to Dhaka, the capital city of Bangladesh. This city is the main center of the country. Dhaka city was administrated by many rulers for centuries. Dhaka tourism is a city tour.  In Dhaka city tour, there are places to go to old Dhaka, as Hindu temple, Landlord house, king house, British colonial place,  mosque, ship breaking yard, historical sites, Sadarghat, Sonargaon, Panam city etc in Dhaka. So, you can make one day tour or two days tour with our professional tour guide and operator in Dhaka.

There are attractive places to visit around Dhaka

Lalbagh fort: A historical place Lalbagh fort is a building constructed in 1678 under prince Mohammed Azam who was the third son of Aorangojeb. He handed it over to Shaista Khan for completion. It is an incomplete structure by Mughal prince. Muhammed Azam was third son of Aurongajeb that stayed in Bengal for fifteen months for the works of this fort. It remained incomplete because his father called him to go back to the capital Delhi in India. It is worthy place to visit.

Shaista Khan was a new governor of Dhaka capital in that period. Although he got the task for completion this fort, he did not complete the work of Lalbagh fort because daughter of Saista Khan died here. This death made him thinking that this building was a fearful. When Shaista Khan had left the Dhaka city, popularity of this fort was lost.  Another reason was for shifting to Murshidabad. At the end of Mughal period, it was abandoned.  Then king replaced the name Aurangabed  to Lalbagh.  Generally there are three major parts of Lalbagh fort, one of them is tomb of fairy lady with gorgeous designing.

This only place in Bangladesh is with nine rooms decorated with marble stone, tiles and handicrafts of flower leaves. The roofs were of  black stones and the top of the tomb covered with pure copper. It started in 1688. People used the mosque for prayer and are using till now. The royal art-Islamic art kingly wall designing and handy work will amaze  you.  Diwan-E-palace was used as office during that period is the greatest part of Lalbagh Fort.  Mughal ruler directed to common people once a week.

A royal bathroom named Hum Hum is in it. Mughal emperor Aurongajeb donated the fort to  Shaista Khan in memory of his daughter (fairy lady).  Shaista Khan got revenue by leasing the fort to the government. This consists of three buildings mosque, tomb of fairy lady and Diwan-e-palace. Certainly it is the most popular renowned fort and  a great view of arts of Mughal empire. People also know it as Aurangabed fort.

Ahsan Manzil in a nice place to visit. It is on the river Burigonga which attracts native and international tourists. It was the home of landlords of Dhaka. For good relation with British in British period and for huge wealth of the landlord, British adorned the title as Nobab.  French used this place as a store house of weapons. Nobab Alimullah bought this  from French. In 1672, Nobab Alimullah build here his accommodation. There are 31 rooms and 23 galleries in which Nobab’s used things are in display.

Dhakeshwary Temple: Ballal Sen, a king of the Sena dynasty in 12th century built Dhakeshwari temple which is a Hindu temple. Many people say the name  of this city was after the temple. It is a stated owned temple of  being Bangladesh national temple. It means goddess of Dhaka. This temple assumed status as the most important Hindu place of worship in Bangladesh. The original eight hundred years old statue was taken to Calcutta in India.

Remaining is the replica of original idol in Dhaka. Hindu people believe that while wife of king coming from bath place, she gave a child birth known to historians as Ballal Sen.  When Ballen Sen was middle age, he got to the throne and built it to glorify the birth place. In legend explanation, Ballal Sen had a dream of the deity covered in the jungle. He uncovered it and named Dhakeshari temple after construction.  There are pagodas with shiblinga outside.  People use it as regular pray.

Millions of Hindu religious people come here with great hope and take bath to rid of their sins. They do exclusive devotion by bowing their head to the god.  This place holds the largest celebration in every year.

Star Mosque – Historical and the Best Place to Dhaka Tourism

Star Mosque: The famous mosque was designed with star sign on the wall by landlord Mirza Gulam Peer in 8th century.

Central Martyrs’ Memorial (Shohid Minar): Bangali nation sacrificed their life for language. It is to the honor of martyrs for acquiring mother language on 21st February in 1952.

National Parliament Building (Songsod Vobon): National Parliament is popularly familiar in Bangla words – Sangsad Vobon was built in 1961 and finished in 1982 by world renowned American architect Louis Khan. The design in excellent performance and one of the best buildings is in South Asia. It is a huge assembly and was of rectangular boxes slice with bold, concrete cylinders,  multi story circular and triangular apertures instead of windows. The marble stripes design in concrete layers linked to pinstripes are on a finely tailored suit. The interior and exterior design of parliament are really excellent. There is an artificial lake near it increasing its beauty too.

Liberation War Museum: Liberation war museum has some specials things that commemorates the Bangladesh liberation war was to the independence of Bangladesh . This opened on 22 March 1996 with more than 9 000 000 000 artifacts that exhibits  in the museum. The gallery in the museum shows history of Bangladesh through information and used things of Bengali freedom fighters in that period against Pakistani soldiers.

Several galleries highlight the sectional conflict between west Pakistan and Bangladesh and weapons used by the freedom fighter. Besides there remains of human skulls and bones of people killed by Pakistani forces. Generally what of Dhaka tourism is exposure in a city tour.

Sonargaon (Panam City): Sultan Fokruddin Mubarak Shah established this city as  the capital of Bengla in 1338. Its  previous name was golden village. Sonargaon as old Dhaka city was the capital of Bengal that situated in the center of Ganges delta- Meghna river, the seat of Muslims rulers and governors.  Sonargaon means the city of gold. It attracts national and international tourists. Ibnea Botuta visited this city in 1345 and declared the city of excellence.

People think that the name of this city comes after the name- Sunabibi of  wife of Esha Khan It is a place that you can see the  heritage, history, old city, administrative, commercial and maritime used during British period and Mughal period. The main place here  to visit is the folk arts and crafts museum. It is about 25 kilometers from Dhaka city at Dhaka Chittagong road.

This location is near old city from colonial period, Panam city with the beautiful Goaldi mosque of Sultan period. Old buildings hold the history yet that  will make you think the past ages.  There is a lake inside the foundation  for riding  boats. It is possible to catch fish by hook in this lake. We welcome you to visit this place in your Dhaka tourism.

Enjoy land lord’s life in Dhaka. Nobab House in Tangail (Landlord’s life): This is reacting of Nobab life, all kings and landlords spent their life. There is a package program here for tourists.  If any one wants to be guest here,  he will be king/ landlord to enjoy the service as landlord life from servants, to judge the subjects as king and so on. Orient Tourism Channel

We visited Srimongol and Dhaka from December 17 to 27, 2022. The weather was perfect. Razbe was with us for a day-tour in the Lawachara National Park as... read more well as another one-day tour in the tea plantation. We were both very happy to have him as a guide as (other reviewers wrote) he is knowledgeable, responsible, punctual and considerate. He also took us to some tribal villages, and I was delighted to have opportunities to chat with some people there. Razbe seems to have a good relationship with villagers and respect their lifestyles and cultures. Thank you very much for your great service, Razbe. He is someone we can trust and we highly recommend him. 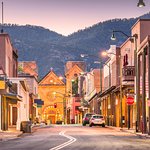