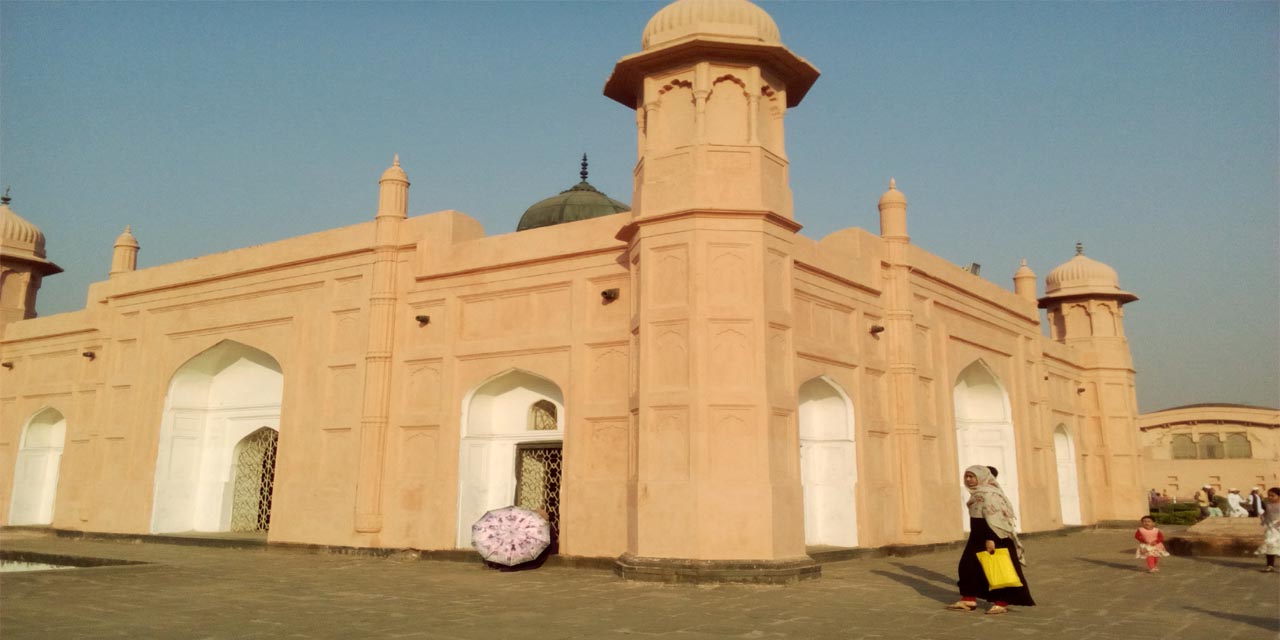 Lalbagh fort is in Dhaka Division. Old Dhaka tour covers Lalbagh Fort. In Mughol era, 3rd son of emperor Aorongojeb, Muhammad Azom started to build this fort in 1678 (17th century). Before completing this fort, his son Shaesta Khan was appointed as Nobab. Shaesta Khan continued the work of Lalbagh fort according to his father’s (Aorongojeb) request. But it was incomplete. Immature death of daughter- Poribibi of Shaesta Khan shocked him very much for which he stopped the work. As she was very dear to him, he made a grave for his daughter. It became very popular grave yard. The entire inner wall is with white marble stone. Near Poribibi’s grave, there are two graves, one is Shaesta Khan and his another daughter Shamshad Begum. Shaesta Khan left this place and lost popularity. It seems that the dream of Muhammad Azom was not fulfill.

In that time, the capital was moved from Dhaka to Murshidabad. After the end of royal Mughal period, this fort was abandoned. The area acquired its names Lalbagh fort replacing Aurangabad in 1844. There were the utility buildings, administrative block and it had a nice roof garden with fountain and water reservation. There were some underground tunnels. People say that one tunnel leaded to ruined Zinzira Fort in another side of Buriganga river. The defeated soldiers used tunnel to leave the place when there was revolution of 1857. Those who went through the tunnels could not come back. Even the British soldiers chased to arrest them did not return. They lost their lives. To justify the incident, the British researchers sent an elephant and dogs to the tunnel. No one returned. From that time it has sealed.

The central area has three buildings- mosque, tomb of Pori Bibi and hammam (a shower place.) The mosque has three domes and water tank in front of it for ablution.

Remains of this place

Diwan -e- Aam is a two storied building as residence of Mughal governor of Bengal which is located on the eastern side of the complex. Hammam is on its west side. Remains that discovered excavating by Archaeological Department of Bangladesh. Excavation at Hammam in 1994 to 2009 found out a special an underground room for boiling water and cooling water that they used it through terracotta pipes. Some black spots are in the Hammam means that they used fire to heat water. There was a toilet too. A square shaped water tank is to the each side of Diwan-E Aam. Another attraction is bath place of Shaesta Khan. At present this is a museum. Lalbagh Fort is worthy to visit in Dhaka city tour. Operated by Orient Tourism Channel

My group of four did a tour of Sreemangal and Sylhet, and in just three days saw a remarkable number of sites including Lawachara National Park, the national tea institute,... read more and Madhoppur Lake. We even made it up to (and slightly over!) the border with India at Jaflong. Along the way we tried the famous 7-layer tea, the most delicious dal bhat, and the Manipuri community. Thank you to Razbe and Suluman for taking such good care of us!