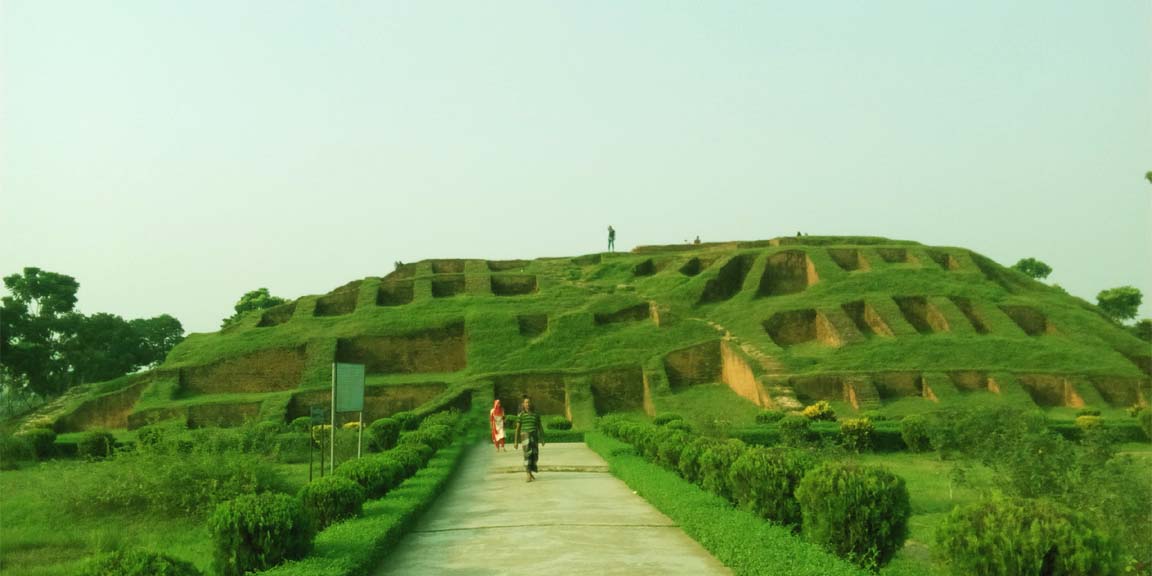 1st Day: At first, our professional tour guide for Bogra / Bogura tours will receive you from airport or your hotel in Dhaka, Bangladesh and brief about the world heritage sites tour. Later start the tour in the morning. Furthermore continue driving towards the places. In the same way, it is about 5 hours journey in approximately 200 kilometres from Dhaka to Bogra by reserved car, train or bus. When reaching there, we will start visiting Mahasthangarh. Hence we know Mahasthangarh is one of the earliest urban archaeological (world heritage) sites in Bangladesh. Generally this Mahasthan village of Bogra District holds the remains of ancient city. Previously it was called Pundranagara or Paundravardhanapura in the territory of Pundra vardhana. But, the limestone slab having six lines in Brahman’s script that was discovered in 1931 in 3rd century.

The equipped area was in use to 18th century. Afterward, we will head to explore a large number of monuments, mounds and water reservoirs. Indeed, Govinda Bhita Hindu Temple, Gokul Medh- Behula Lakshindar Basor Ghor, Vasu Bihar have been excavated in last few decades. Alongside, a small site museum near the northeast corner of the fort is there. Overnight at hotel in Bogra.

Previously, cultures as previous as Java (Indonesia) influenced its design. Of the great monasteries of the Pala Empire Somapura Mahavihara was the largest one. Architecturally it is unusual and it resembles Buddhist temples in Java, Burma and Cambodia rather than those typically found in the Indian Sub-Continent. Its structure has a cross shaped floor plan. Also, archaeological excavation keeps evidence of some kind of central temple or super-structure in the center of the main courtyard of the complex. Above all, the main purpose of this building is unresolved. This was as some kind of Stupa or Buddhist relic shrine. Visiting Paharpur Museum, in the afternoon we will start back to your hotel in Dhaka. Finished the world heritage sites tour of Bangladesh. Tour ends. Besides you can see more package of Orient Tourism Channel.

Price Options Below in USD $