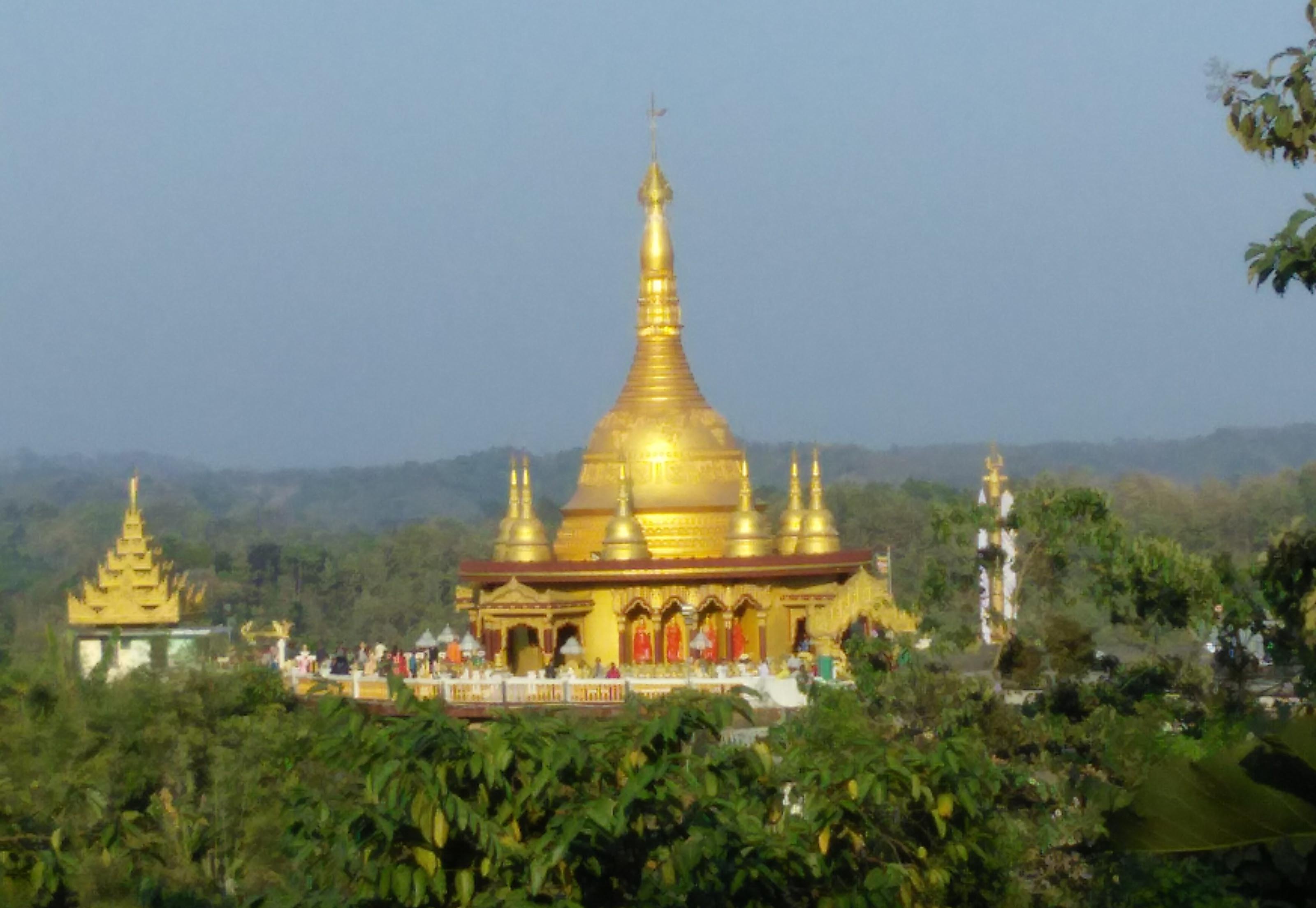 1st Day:  In the morning, our tour guide will meet you at your hotel or airport in Chittagong town and start driving toward Bandarban (about two and half hours journey for 80 kilometers). Reaching in Bandarban hill tracts, we transfer you to hotel / resort to check in. You can take rest for a while. Then you will take lunch. After lunch, we will journey by boat at Sangu river which has high hills in both side. In two days tour in Bandarban it will show the complete natural beauty of Bandarban.

Sangu river follows a northerly circuitous course in the hill tracts to Bandarban. This Sangu  river enters into Bandarban district from the eastern side and flows to the west. Sangu river flowing the hills falls to the bay of Bengal which is being through the hills for thousands of years.

We will visit Marma village to see their lifestyle. They are like aboriginal people. We can visit tribal market that tribal people are shopping and doing their business. Visit tribal museum – minority (Kudra Nrigusti) (If it opens). Overnight in hotel/resort.

2nd Day: This morning starts to explore Bandarban. After breakfast, we will start sightseeing at Nilgiri – Neelgeeri of about 2200 feet high is one of the tallest beautiful peak of tourist spots in Bandarban. We will reach there by transport. It is situated at Thanchi Thana and approximately 46 kilometers south of Bandarban on Thanchi road.

Stop at Bawm village to see their colorful lifestyle. This tour will amaze you in Bandarban trip. In a local restaurant, you will take lunch. After lunch, you will visit Buddha Dhatu Jadi Theravada temple known as the Golden temple. We will visit Nilachol too to see the view from the top of the hill. In the afternoon, we will drive back to Chittagong town which is about 2 and half hours journey. Tour ends in Chittagong town.

Note: Chittagong hill tracts Tours arranged by Orient Tourism Channel. You can customize this tour on your choice.

I visited Dhaka from 18 to 21 March 2019, in weather that was not too hot nor too humid. Construction of a rail public transport system, and students' protests, made... read more traffic more noisy and chaotic than usual. But Razbe, my very experienced and knowledgeable guide, and the drivers he hired, nevertheless managed to get me to visit some of the most interesting sites in the capital city (Sadarghat, Ahsan Manzil Museum, Curzon Hall, Lalbagh Fort, Shaheed Minar) and around (Folk Art & Craft Sonargaon Museum, Panam City), experiences not to be missed, but which might be overwhelming for most visitors without a guide. I highly recommend Razbe's company, Orient Tourism Channel, when planning custom made visiting tours of Bangladesh. He was always punctual, efficient (Also with emails), and receptive to suggestions. I stayed at the InterContinental Hotel (Former Sheraton), which I also highly recommend, for the very friendly and helpful staff, quiet rooms, and sumptuous Western food buffet.