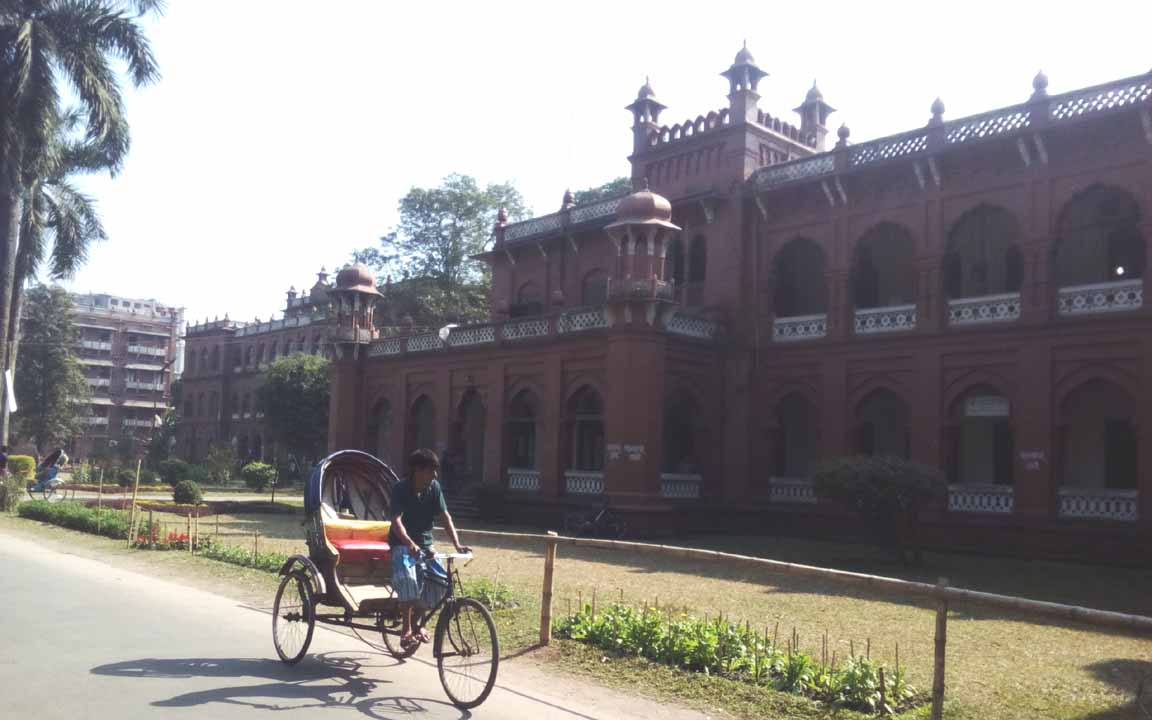 Of British King era a beautiful building Curzon Hall was establishment in 1904 in Dhaka. So far, people think it originally as a town hall. Name of the building was derived from the name of British king Lord Curzon, the viceroy of India. When there was a movement of Bengali language in 1948 to 1956, Curzon hall was the seat of many significant events. Generally this building was formation as the court of Pakistan after the partition between Pakistan and India in 1947. That time people chose Urdu as the sole state language. Previously the constitutional assembly of Pakistan chose Urdu as first language and English as the second language used in the assembly. Since majority people were Bangla language speaking, they protested on the ground not to use Urdu. You can visit this place in Dhaka city tour.

Curzon Hall is the most informative place in Dhaka

The students of Dhaka University made objection against assembly to the decision for the state language in the same time in Curzon hall.  This is the best examples of architecture resembling of European and Mughal elements. Particularly it is clear in the projecting frontage in the north that has both horse-shoe and cuspe arch.This Botanical Garden is on the premises of Dhaka University. It is the use of botany students and faculty for teaching scientifically studies with plants. The traditional style is combination with modern technology and function which favors Mughal style. It is with excellent design which is in belief its starting into Islamic world. Now it is the department of Dhaka University after the establishment of Dhaka in 1921.  The building is a part of science faculty.

If the information is helpful to you, please share it anywhere. Find a tour package in this website or hire a tour guide in Dhaka for private tours.